What is Blockchain, How Does it Work, Who Created it, and Why? 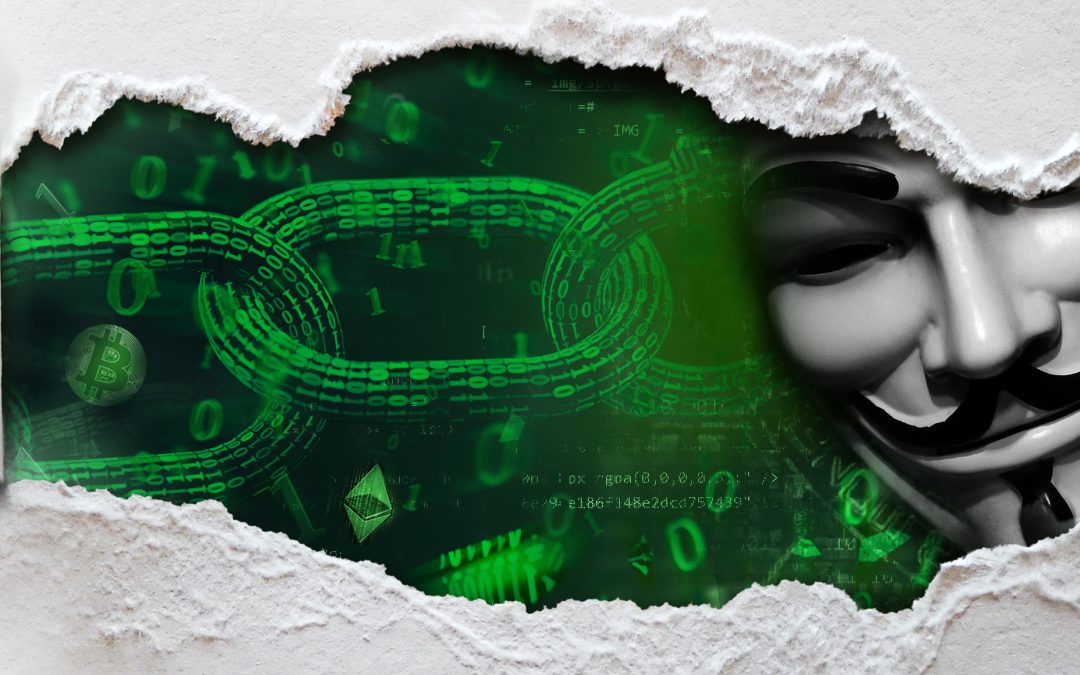 In 2018, an employee from the State Bar of Arizona asked me to write an article to describe Blockchain to lawyers. The only way I could do justice to the topic was to write a book about it. Now that I’ve published that book, I’m going to attempt the nearly impossible feat of condensing it into an article. Adequately describing Blockchain requires a book, but here is my best shot at a reader’s digest version.

The above example describes a single Bitcoin transaction. The two long strings of gibberish are called Bitcoin addresses and, in this case, 1 bitcoin was moved from one such address to another. While these addresses are publicly written into the block, there is no linkage back to a person. Therefore, untraceable transactions occur between anonymous parties, which is the reason why Blockchain was created.

Bitcoin is a cryptocurrency (literally “hidden money”) and it is untraceable because no governments are required AND no governments are supposed to be allowed to participate in this system. Bitcoin is the name that was given to the software and the system (the network of systems running the software). It is also the name of the “coins”, or unit of measure. There are no gold coins, all such pictures are strictly marketing. Bitcoins are just numbers in a computer program.

It is the product of a community called the Cypherpunks, that was first established in 1992 to bring about something called Crypto-Anarchy (hidden anarchy). Bitcoin was created to establish a hidden corner of cyberspace where governments (law enforcement and military) cannot see what is going on. Laws, such as anti-money laundering laws, cannot be enforced, and so governments become increasingly irrelevant. One of the stated long term goals of the Cypherpunks is “collapse of governments.” Cypherpunks hope that law irrelevance leads to eventual collapses of ALL governments.

Over the past three decades, a bunch of highly intelligent anarchists developed their vision where governments are replaced by computer systems. In this world, there are no laws, no lawyers, and no law enforcement. Armies are also a thing of the past and are replaced by Assassination Politics, which is crowdfunded murder using untraceable cryptocurrency. Smart contracts, or computer code on a blockchain, is seen as helping maintain some semblance of order in this post-government world.

Sometime after Bitcoin was released, the term Blockchain began to be used to describe anything that is “Bitcoin-ish.” This includes the manner of storing information (“chaining blocks together”) as well as the approach or algorithms that mimic Bitcoin. The many uses of the term Blockchain have become the source of a great deal of confused thinking. Many passionate (and often confused) people have some rather vivid (impossible) dreams of what Blockchain is and what it will do for the world. However, the core use case for Blockchain remains what it was first created for. It facilitates anonymous transactions outside of the visibility of governments. It helps “realize anarchy.” It is great for other anonymizing applications which may not have anything to do with cryptocurrency.

This Blockchain confusion increased even further when IBM and others attempted to create a “less anarchistic” (watered down) version of the technology called “permissioned Blockchain”. The original intent of Blockchain had no concept of “people”. The original design allows everybody to be anonymous. If there are no people, there is nobody to whom one might grant or deny permissions.

To make matters worse, this confusing new variant of the technology that IBM and others created, was also called “Blockchain”, only the word “permissioned” was appended to the name. While the unfortunately named “permissioned Blockchain” shares some traits with the original nation-destroying technology, it is fundamentally different in important ways.

Permissioned (watered down) Blockchain may very likely prove itself to be a worthless technology. Even so, it is currently very important to the story. Associating the name “Blockchain” with reputable companies like IBM and Deloitte provides undeserved validation to the original nation-destroying (permissionless) Blockchain and cryptocurrency. How many bitcoins do the investors and people working on permissioned (watered down) have?

Confused yet? Well, I’m sorry, but that appears to be the plan. This is not my plan, of course, this is the plan of the people who created the technology. One of the creators of Bitcoin, literally published a “declaration of war” against “the state” (all governments on earth) at the same time he was getting ready to announce Bitcoin. He called Bitcoin “a strike at the state from the jungle of complexity” and promised that the state would be confused and not figure this out until it’s too late. Well, I’ve figured it out and some others have figured it out. Yet, he may still be right. State legislatures across the country and the world are being deceived into passing laws that they do not understand.

To understand the whole story, consider reading my book, The Blockchain Code: Decrypt the Jungle of Complexity to Win the Crypto-Anarchy Game. The book has been receiving some rave reviews! The US Review of Books called it, “necessary reading for anyone considering dipping their toe into investing in bitcoin or its peers… Eye-opening in all the best ways and relayed with a quality that few non-fiction books ever reach, this in-depth guide is intriguing, shocking, and informative as it covers three decades of history punctuated by the social and technological explosion of the last ten years.” Aimee Ann declared, “Dave Kinsey has managed to accomplish the almost impossible… he has managed to write a finance book that is not only informative and useful, but entertaining!”

For more information on Blockchain, I will be presenting in two continuing legal education seminars at the State Bar of Arizona annual convention in June 2019. For questions about Blockchain, requests for interviews, or speaking engagements, email me at my author address, dave@modern.expert. For questions about IT, email me at dkinsey@totalnetworks.com. Lastly, you can find The Blockchain Code, in paperback and Kindle, on Amazon.